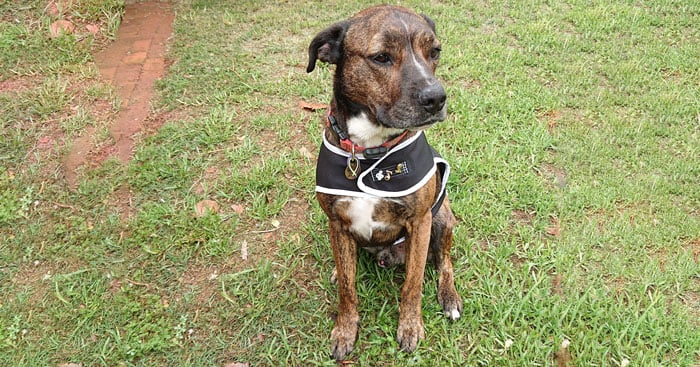 Here is a grand story from Rachel about her adopted dog, Bruce. When he arrived, he needed a lot of help. Thankfully, she had him back to health. It takes a lot to do it, and she felt she needed just a bit more to get him back to the type of dog Bruce truly was. After trying Glyde® Mobility Chews, she was right. Now this adorable mixed breed dog is back to being more playful. Here’s their story.

“I adopted Bruce through the RSPCA in 2017. He had been a stray that was in a bad state, injured and malnourished approximately 4 or 5 years of age. His injuries included a fractured pelvis. He also had severe food and contact allergies. We started on supplements for his skin, initially fish oil and later turmeric, as well as medications and a prescription diet.

While Bruce has become a completely different dog to the one I adopted, he was still a little withdrawn some days, while others he was the life of the party. He always perks up when there's attention but lately I got the feeling he just wasn't happy in a general sense. He has never been very strong in his hindlegs, but I had always put that down to nerve damage from the initial injury and my inability to adhere to a good physio program. He does get his daily massages, but I struggle to make him do his exercises.

A few weeks ago, it was suggested we try Glyde. I didn't hesitate. I was worried his skin would worsen but so far so good. He is already a different dog, happier, more playful and just a doofus head in general.”

Iris Springs Loves Her Walks Thanks to Glyde