Estrous synchronization may be a worthwhile investment for cow-calf operators

By Jaclyn Krymowski for Parnell

There are many ways the beef industry has worked to improve efficiencies, with reproductive technologies and practices being a primary focus. While many of today's breeding protocols remain relatively simple, like relying on bull breeding, recent advancements have provided cattle producers with tools to enhance their herd's fertility.

Only about 7.3% of all beef operations use some form of estrous synchronization, according to a survey conducted in 2017 by the Department of Agriculture’s Animal and Plant Health Inspection Service. Comparatively, a similar 2014 study found over 55% of dairy operations surveyed used a fixed-time A.I. protocol that involves synchronization.

While there are several managerial and logistical reasons for the difference between industries, the hesitancy of beef industry to utilize this technology more widely may be costing some opportunities.

“When you manipulate the estrous cycle using some of the products that are available on the market,” Dr. Alvaro García-Guerra, assistant professor at the Ohio State University specializing in cattle reproduction indicates “it allows you to narrow that window to do estrus detection to let's – say down to five or six days. Or, alternatively, it can eliminate estrus detection all together and inseminate animals at a single predetermined time.”

By comparison when all animals are left to come into heat according to their individual 21-day cycles, theoretically, there could be up to 21-days difference between each animal. And that’s assuming they all get bred on the first standing heat.

Producers utilizing artificial insemination require accurate heat detection, adding a lot of extra labor. Even in pasture breeding situations, animals left to breed at their own time opens a potentially generous calving window – even in smaller groups put with a bull for specific periods of time.

While an unfamiliar tool to many cow-calf operations, an estrous synchronization program offers many benefits to progressive producers willing to give it a try.

It works for your bottom line

How exactly does this estrus synchronization put money (and time) in the beef producer’s pocket?

Synchronizing can actually help boost overall breeding efficiency. As Dr. García-Guerra points out, the cow-calf cycle is already set up to loosely synchronize cows and heifers – getting all animals to a point where they can produce a calf as close to every 12 months as possible.

“[Estrous synchronization] will concentrate calving windows, getting more cows to calve in shorter time,” he explains.

This is especially important, he adds, considering mother cows need about 45 days of rest post-calving before they are eligible for rebreeding. The sooner you can get a pregnancy right after recovery time, the less time your cows spend open.

However, Dr. García-Guerra does caution that even if all animals are bred on the same day, there is typically a 16- to 21-day calving window for each animal, meaning they won’t all calve on the same day but will be spread throughout that timeframe.

But animals that are synchronized are much more likely to have their calves in a much tighter timeframe than those that are not. According to a 2018 study in the Journal of Animal Science, a group of synchronized cows produced more calves in the first 10 days of the calving window compared to those not synchronized.

Besides keeping cows efficient, the ability to control time of calving can also greatly help reduce time and money spent on labor. A specific time window, Dr. García-Guerra explains, allows you to concentrate full attention to your animals in a shorter period of time.

“This is particularly beneficial when you talk about heifers,” he says, “which is where you see a greater incidence of calving problems.”

Another point, he notes that estrus synchronization can also result in more animals becoming pregnant earlier in the breeding season which will lead to heavier and more uniform calves at weaning.

How does it work?

A successful synchronization program is all about using the right products and proper timing. The easier and more simplistic, the less likely human error will be disruptive.

For example, Parnell’s GONAbreed® (gonadorelin acetate) is a single 1mL injection that is administered to a cow or heifer at “Day 0.”

This program, Select Synch, allows a fast and relatively easy way to synchronize animals with a limited number of injections and fewer trips through the chute. Ultimately, this type of protocol can facilitate the adoption of A.I., says Dr. García-Guerra, by eliminating the need for estrus detection and reducing the amount of time involved in performing A.I.

In addition to using proper protocols and eliminating human error, Dr. García-Guerra reminds producers that there’s no silver bullet. Technologies can help, but management and knowledge are key.

Good nutrition, he highlights, and keeping animals at an optimal body condition score of 5 to 6 is also extremely important. Likewise, organized handling that is controlled and stress-free can also make a big difference in conception rates in a synchronization protocol – regardless of A.I. or pasture breeding.

Also in the Blog 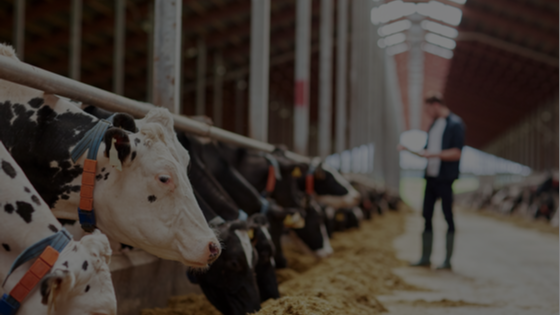